Former Man United centre-back, Rio Ferdinand, has risked the wrath of Red Devils fans by admitting he enjoyed his football at Leeds more.

The BT Sport pundit began his career in east London with West Ham, but signed for Leeds in a then Premier League record deal for a defender in 2000.

During the two years that he spent at Elland Road, Ferdinand was part of a swashbuckling Leeds team that enjoyed some wonderful European nights.

“As much as there was a lot of talk about me going to Man United and it was emotional, for a lot of the fans it was difficult to accept,” he said on BT Sport prior to the Sheffield United v Leeds match, cited by The Sun.

“But I think in the long term it was proved that the reasons why I went were justified, but I probably had my most enjoyable football when I played here [Leeds].

“I loved it at West Ham but we didn’t win that much, I loved it at Man United, we won a lot but that came with a lot of pressure.

“So the enjoyment factor isn’t quite as free-spirited as it was when I was here at Leeds.”

His form for the Yorkshire-based club eventually saw him move on to the Old Trafford outfit, where he become a legendary figure in Sir Alex Ferguson’s teams. 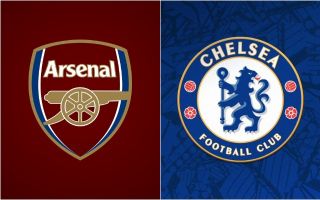 Throughout his career, Ferdinand has always been a mainstay for the clubs he has played for and deservedly had a long international career with England too.

Given that he won most of his trophies with United, however, it’s perhaps a surprise to hear that he had a more enjoyable time at Elland Road.