There’s no doubt that Barcelona’s behaviour surrounding the departure of Luis Suarez was dreadful and not a way to treat someone who’s played a key role at the club for years.

It’s easy to focus on that and think that Luis Suarez was completely indispensable, but the reality is that he’s a 33 year old striker with a serious history of injury problems.

A lot of the fans were open to the idea of him moving on, but presumably they would’ve wanted the club to act with class, sign a replacement and also not give him to a title rival for free.

READ MORE: What needs to happen for Barcelona to bank €10m in add-ons from Nelson Semedo sale

Reports are circulating which suggest they might be looking to move for Memphis Depay as the replacement, but one look at the squad actually shows they could probably get by without signing anyone else: 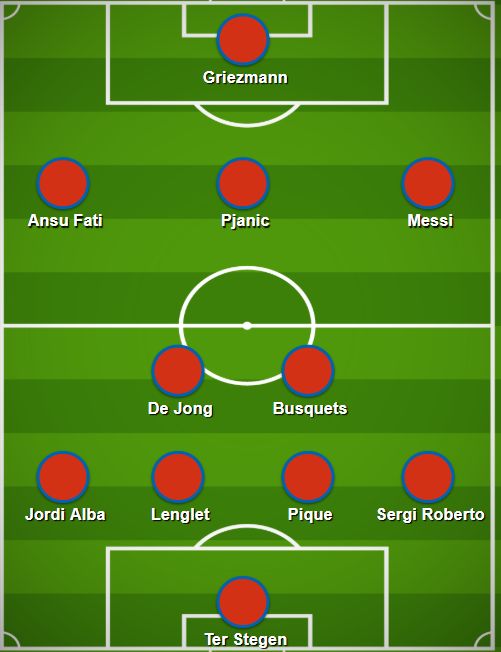 We are just one season removed from Antoine Griezmann being considered as one of the deadliest strikers in the world, so it’s important not to write him off after spending a season out of position in a dysfunctional side.

Ansu Fati has also shown more than enough to suggest he’s ready to take on a major role in the team, so moving Griezmann inside would give him a regular starting spot, while Messi would still have his regular role on the left.

Outside of that front three they also have Ousmane Dembele and Coutinho who are ready to prove a point, while Pedri and Trincao are also there to play impact roles from the bench.

Martin Braithwaite also happens to be there so he could also have a role to play in an emergency.

If anything you would look at the defence and hope for a more dynamic right back and probably another central player, and it would actually make the team look fairly formidable on paper.

Football fans of the biggest clubs in the modern era are incredibly entitled and will demand new signings at every point, but Barca’s forward line actually looks  pretty formidable just now.