Thiago Silva has expressed to Football Focus’ Caroline De Moraes just how thankful he is to Frank Lampard after signing for Chelsea on a free transfer this summer.

Chelsea announced that the Brazilian has signed an initial one-year contract, with the club holding the option to extend this deal by a further 12 months.

The experienced centre-back said he never imagined that he would be playing under a manager that he once shared a photo with back when Brazil played against England some years ago.

Silva, who turned 36 years old earlier this week, added that he owes everything to Lampard, expressing that ‘If it wasn’t for him, if he didn’t believe in me, I wouldn’t be here.’

See More: “In gestures and actions” – Frank Lampard explains how a new arrival is making a big impact already 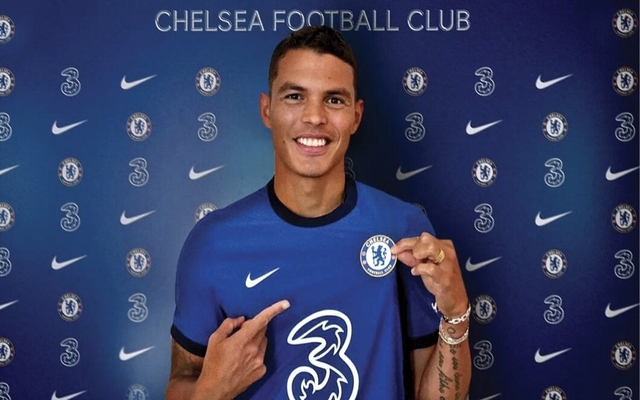 Silva made his debut for the Blues in Wednesday night’s emphatic Carabao Cup win against Barnsley, the Brazilian legend played just over 60 minutes before being taken off.

It’s clear that Chelsea need a more experienced figure at the back considering their continued sloppiness in defence, the side also conceded the most goals of any top half side last season.

Silva was massively successful with Paris Saint-Germain, ending his time with the French powerhouses by leading them to the Champions League final.

The Brazilian’s experience at the top level could make him the ideal option to partner the likes of Andreas Christensen, Kurt Zouma or Fikayo Tomori at the heart of Chelsea’s defence.