Manchester United are reportedly among the clubs in talks over a potential transfer deal for Napoli forward Arkadiusz Milik.

Tottenham have previously been linked with the Poland international by Sky Sports, and it seems they’re still also among the numerous teams trying to negotiate a deal for him.

Discussing Milik’s future, Rai Sports reporter Ciro Venerato told Radio Kiss Kiss, as translated by the Metro, that United are also among the sides to have held talks over a move.

“The latter are the most reliable track, but the formula requested by Napoli does not convince Mourinho.”

Red Devils fans will surely feel this has the potential to be a good move for them, with Ole Gunnar Solskjaer perhaps a little light in terms of options up front at the moment. 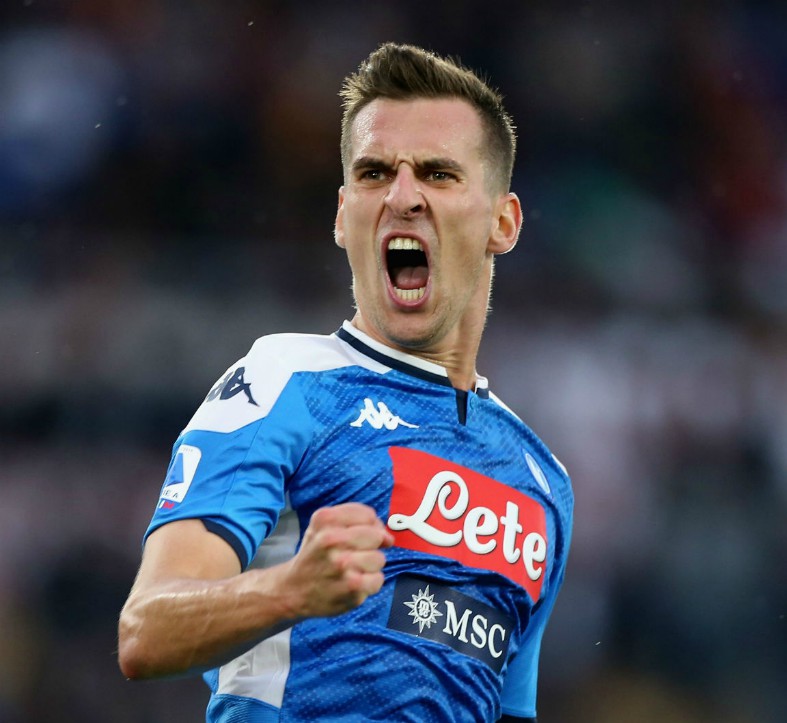 United have Odion Ighalo on loan until January, but apart from that they are heavily reliant on their first choice front three of Marcus Rashford, Anthony Martial and Mason Greenwood.

Milik could take the pressure of that youthful trio and he looks a player who has the quality to make an impact in the Premier League.

Tottenham could also do with pushing this deal through, however, with Jose Mourinho surely in need of backup to Harry Kane if his side is to break back into the top four this season.