Arsenal striker Pierre-Emerick Aubameyang may already be hinting at regrets over staying at the Emirates Stadium this summer.

The Gabon international only recently signed a new contract to commit his future to the Gunners following months of speculation over his situation.

Aubameyang is one of the finest forwards in Europe on his day and could surely have lined up for any top club of his choosing.

Arsenal fans all know this, but they won’t be too pleased to see their star player and captain liking tweets that back that argument up… 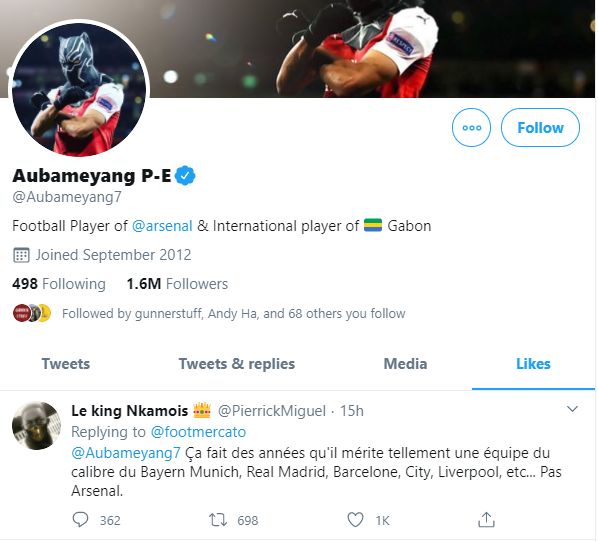 See above for Aubameyang’s likes on Twitter, as he seemingly approved of the statement made by this fan above.

As translated below, he says Aubameyang deserves to be playing for a team of the calibre of Bayern Munich, Real Madrid, Barcelona or Liverpool, as well as City, which presumably means Manchester City… 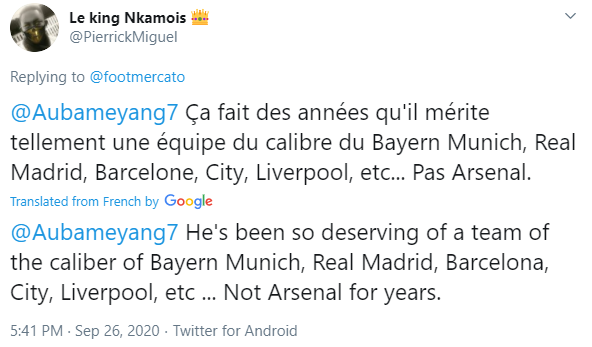 Could Aubameyang already be having regrets about staying at Arsenal, or is he just accepting praise from this Twitter user?

It may be harmless, but the 31-year-old will surely be aware of how these subtle social media activities can be taken in this day and age.