Chelsea’s defence has been a problem for some time, but a stat has now emerged showing quite how shocking they’ve been in that department in Premier League away games.

Frank Lampard’s side were 3-0 down at half time to West Brom yesterday, and even though they came back to claim a 3-3 draw, it’s a big concern just how wide open they were in that first half.

MORE: Chelsea urged to change formation to get the best out of summer signing

This now means that Chelsea have conceded more away Premier League goals than any team since the start of last season.

See below for the graphic from Opta, which puts Chelsea’s record as worse even than Norwich City and Watford, both of whom ended up relegated last term… 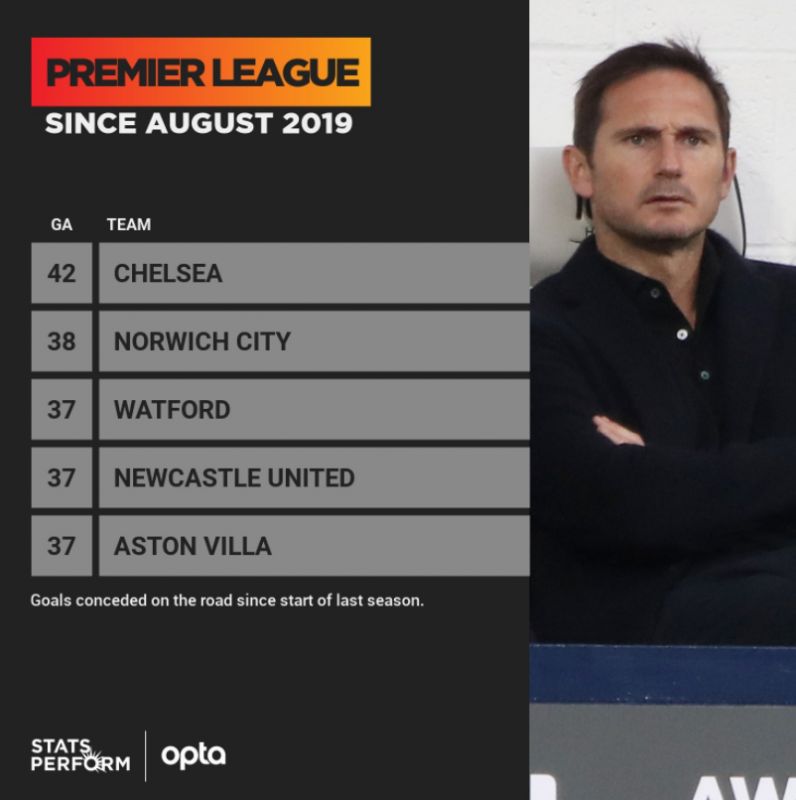 Chelsea also finished last season with 54 goals conceded in total, which was the worst record in the top half of the table.

To put that into context, that was ten fewer than Watford’s final tally, but 21 more than champions Liverpool conceded.

Chelsea fans will have to hope they can sign a defender before the transfer deadline, or see a significant improvement from Thiago Silva, who was poor against West Brom.