Chelsea legend Alan Hudson was far from impressed by Thiago Silva on his Premier League debut against West Brom.

The veteran Brazilian defender was signed on a free from Paris Saint-Germain this summer and would have been expected to add some experience to this shaky Chelsea defence.

However, Silva was poor against West Brom as he and the rest of the Blues defence were totally overrun in a dire first half showing, with the Baggies racing into a 3-0 lead before half time.

Although Chelsea came back to snatch a draw, Silva’s performance will surely be a big concern, and Hudson did not hold back as he spoke to CaughtOffside to assess the 36-year-old’s display.

“For an experienced performer, it was a complete howler from Silva, who we saw in the Champions League final, a match that was thunderous in comparison, a match of such ferocity. Here he had time, maybe too much time, but he looked very relaxed, maybe too relaxed,” Hudson said. 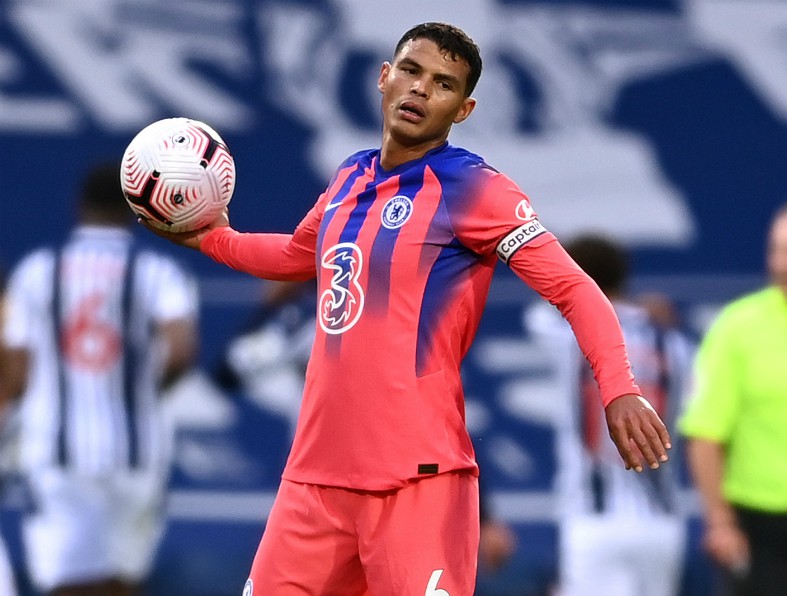 “This is a player expected to bring some solidity to a poor looking back line and what a beginning, horrendous. He must have been awake all night with that going through his mind.

“I know something about debuts and this was NOT something that would settle you down, even for a 36-year-old, and my first thought was ‘I wonder what Frank can say to him afterwards?’ What can you say to such an experienced defender?

“Silva has shown what he can do at the highest level in the Champions League and that was why Frank bought him. He’s been outstanding, but here he looked like he had never played the game before.”