Liverpool could have a tricky time of things at home to Arsenal on Monday night as they prepare for this challenging Premier League encounter with a number of big names poised to be absent.

The Reds look set to be without club captain Jordan Henderson, according to Sky Sports, and he’ll be a big loss in midfield for this big game.

Meanwhile, there’s a further blow in the middle of the park as Thiago Alcantara is also a doubt, while goalkeeper Alisson may also be unable to make it, according to the Daily Mirror.

Joel Matip has also missed the start of the season and is still out of action, so this is the kind of Liverpool line up we may expect to see against Arsenal tomorrow evening… 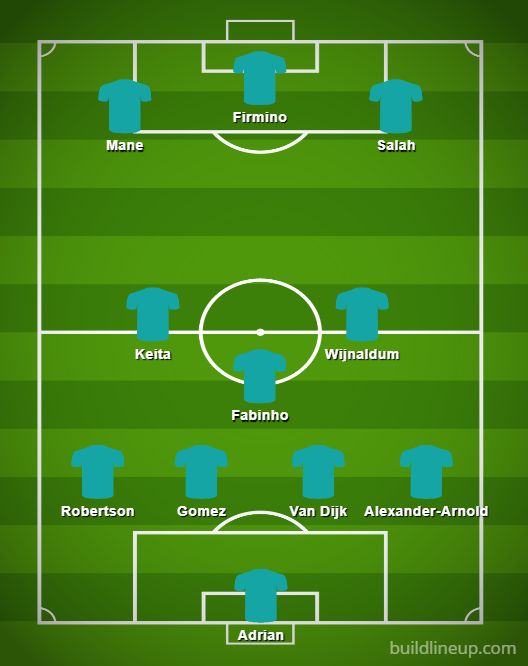 Liverpool still look strong with that midfield, with Georginio Wijnaldum and Naby Keita both fine players who can contribute going forwards, while Fabinho should as usual do a good job shielding the defence.

LFC will also be grateful to have their first choice front three still fit and firing, while their squad players such as Curtis Jones and Takumi Minamino showed in the Carabao Cup earlier in the week that they could also be worthy of more playing time in the Premier League.