According to the Mirror via Portuguese publication Record (subscription required), Sporting have banked €5m from Manchester United from a Bruno Fernandes bonus following the Brighton clash.

The Mirror report via Record that the Red Devils have paid out €5m as yesterday afternoon’s tie marked Fernandes 25th Premier League appearance for the Manchester outfit.

It’s added that Ole Gunnar Solskjaer’s side paid an initial €55m fee for the playmaker, with the total worth of the deal being €80m if potential add-ons are met.

Record report that United had already paid €3m to the Portuguese side after they secured qualification for the Champions League last season, so they’ve now shelled out a total of €8m in bonuses. 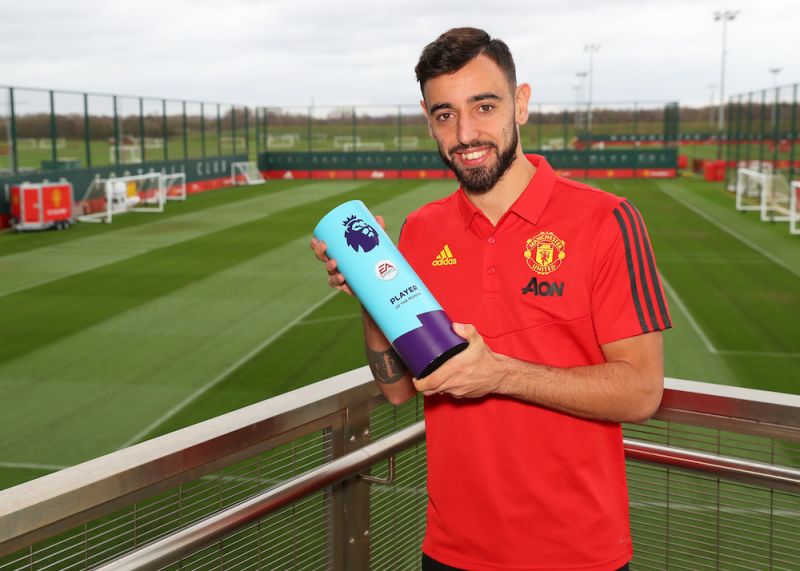 Bruno Fernandes has been a revelation for Manchester United.

Fernandes rallied to prove his worth against the Seagulls after conceding the penalty that led to Neal Maupay’s opener.

The Portugal international laid on the assist for Marcus Rashford’s wonderful solo goal and of course came up clutch to score from the spot – in the bizarre circumstances which saw the Red Devils receive a penalty after the final whistle had blown.

The 26-year-old has enjoyed a phenomenal start to life at Old Trafford, the attacking midfielder has proved his price-tag alone solely with his ice-cold penalties, nine of Fernandes 13 goals for United have come from the spot.

Sporting appear to be quickly benefitting from some well-structured and easily achievable bonuses.