Arsenal striker Pierre-Emerick Aubameyang has named Barcelona as one club he rejected in this transfer window in order to stay at the Emirates Stadium.

The Gabon international has been a world class performer for Arsenal and losing him would have been a huge blow for the north London giants.

Thankfully, Aubameyang ended up committing his future to the Gunners by signing a new contract at the start of this season, but he admits that Barcelona were in for him this summer.

Speaking to Canal Plus, the 31-year-old said: “They were several offers, notably from Barcelona.

“My priority was to stay for two reasons – the first is the coach, Mikel Arteta, because we spoke a fair amount during the ‘lockdown’ and he convinced me, notably in terms of the project.

“And of course, secondly, is the love that I receive from the fans and people at the club. 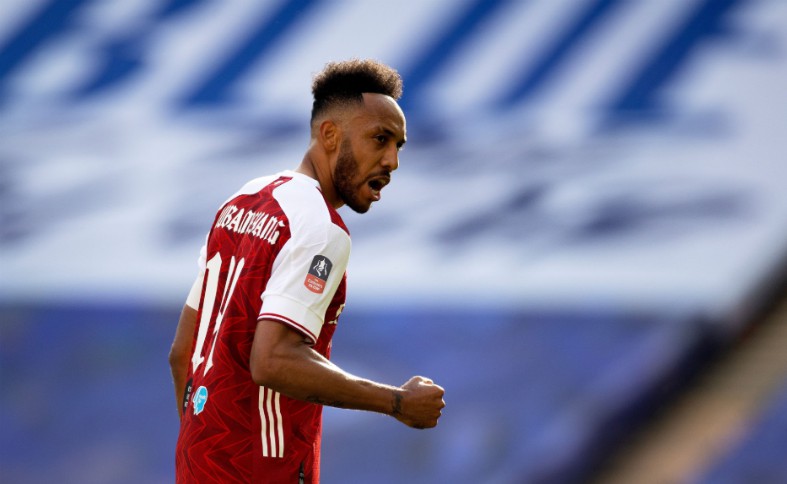 Pierre-Emerick Aubameyang rejected Barcelona to stay at Arsenal this summer

It’s quite a statement from Aubameyang to turn down a big name like Barca, as many of the world’s best players would no doubt be hugely tempted to make the move to the Nou Camp.

The former Borussia Dortmund man could no doubt have given himself the opportunity to win more silverware if he’d moved to Barcelona, while it would also surely have been a huge career highlight for him to play alongside the legendary Lionel Messi.

Arsenal fans will be thrilled that they’ve managed to keep hold of him, however, as it majorly boosts their hopes of continuing the strong start made by new manager Mikel Arteta.