According to the Athletic (subscription required), Frank Lampard was left furious with Marcos Alonso after the full-back attempted to watch the second-half of the draw vs West Brom on the team bus.

Alonso was substituted at halftime for club captain Cesar Azpilicueta with the Blues 3-0 down to the newly-promoted side, after taking a shower the defender headed to the bus instead of the bench.

The Athletic report that an enraged Lampard confronted the left-back after full-time, before blasting Alonso’s downright disrespectful behaviour in front of the entire dressing room.

It’s added that when Alonso finally returned back inside the Hawthorns that the full-back was actually seated in a different area to the rest of his teammates, breaking strict Covid-19 guidelines.

One of the Athletic’s sources even claimed that they can’t see Alonso playing for Chelsea ‘ever again’ after this incident, with a week of the transfer window left we’ll see how that pans out. 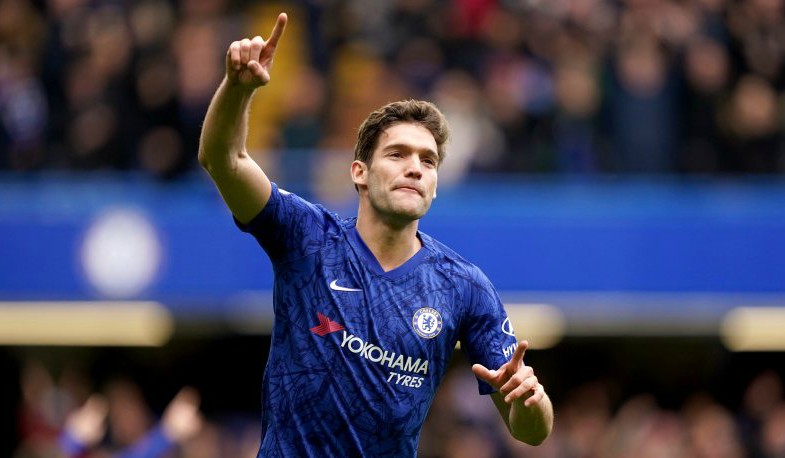 It was no surprise to see the 29-year-old taken off at the interval with the ace making costly errors for two of the Baggies’ goals, the left-back’s wayward header led to Callum Robinson’s shock opener.

The Spaniard also left Kyle Bartley completely unmarked before the centre-back made it 3-0 following a corner, not to mention the attack-minded ace’s lack of pace on full show as referenced above.

The Athletic’s inside sources also claim that Lampard was the ‘angriest they’ve ever seen him’ after the incident, making it clear to the dressing room that Alonso’s actions showed he wasn’t bothered.

Alonso, like Emerson Palmieri, was already in a difficult situation at Stamford Bridge following the big-money addition of Ben Chilwell this summer, this behaviour will hardly help his case.

Lampard was certainly justified to put Alonso on blast in such a manner, the left-back was trying to get back onto the bus whilst his teammates rallied to salvage a 3-3 draw. It really says it all.