It’s one of those misses that can come back and haunt you, and Alexandre Lacazette will be kicking himself that he was unable to level for Arsenal against Liverpool.

In the second half, the Gunners had given as good as they’d received from the Reds, and when the Frenchman had been played in behind Liverpool’s back four, it looked like he would grab his second of the night.

However, Alisson Becker was out sharply, and as Lacazette tried to dink the ball over him, the custodian stood tall to keep Liverpool’s lead intact. 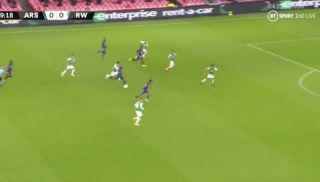 ‘The goals will come’ – Ex-Arsenal hero backs Pierre-Emerick Aubameyang to get out of slump and the role Alexandre Lacazette will have to play December 2, 2020 13:34
Arsenal FC