Manchester United have reportedly made a second bid for Porto left-back Alex Telles, according to Mohamed Bouhafsi.

The Red Devils are now in active negotiations to sign the Brazil international, with Bouhafsi claiming he’s agreed personal terms on a move to Old Trafford already.

See below for the details in Bouhafsi’s tweet, with things looking reasonably good for Man Utd, provided their second bid is good enough to convince Porto to sell one of their most important players… 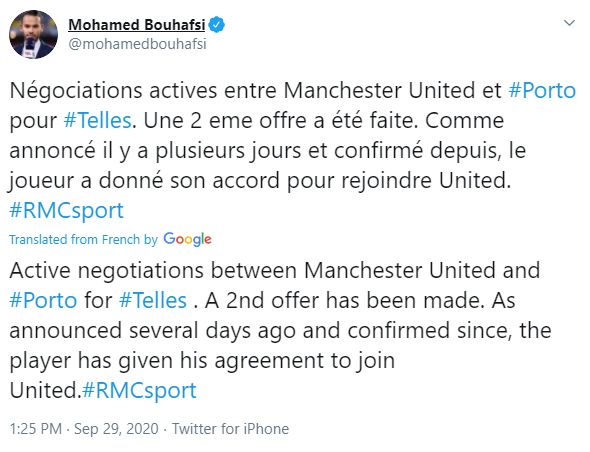 Telles would be a big upgrade on the unconvincing Luke Shaw in Ole Gunnar Solskjaer’s side, and it seems clear he has what it takes to play for a bigger club and a more competitive league after impressing in his time in Portugal.

United need to get their act together in the final days of the transfer window after only bringing in Donny van de Beek so far this summer.

Defence makes perfect sense as an area United could now be looking to improve in.