Garth Crooks has gone for a slightly more sensible Premier League team of the week than we’ve sometimes seen from the eccentric pundit.

Known for some odd formations with players out of position, Crooks has actually just gone for a fairly standard 4-4-2 this week, though some might argue that a central midfield pairing of James Rodriguez and Bruno Fernandes lacks a bit of defensive steel.

Anyway, it’s still refreshing to see a mix of clubs involved, with just three from the traditional big six as two Manchester United players and one Liverpool star make it in to the XI on BBC Sport.

There are also three Leeds players, two from Aston Villa and one each from Everton, Southampton and Leicester City, though Foxes fans may well feel they deserved more after their incredible 5-2 away win over Manchester City.

Hat-trick hero Jamie Vardy is the only Leicester player to get in, as he lines up up front alongside Man Utd’s Marcus Rashford.

Andrew Robertson is Liverpool’s only player despite the Reds looking generally strong in their 3-1 win over Arsenal last night.

Here’s Crooks’ line up in full… 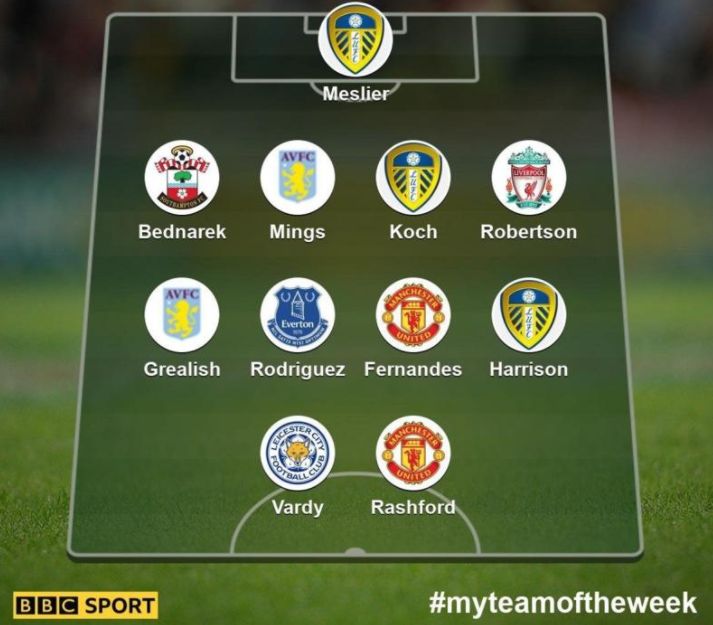