According to the Telegraph (subscription required), Manchester United have seen their loan enquiry for Fiorentina attacker Federico Chiesa turned down.

The Telegraph hint that the tentative swoop for Chiesa was made as the Red Devils search for an alternative to Jadon Sancho, with negotiations with Borussia Dortmund not progressing.

MORE: Video: Paul Pogba scores a lovely free kick in off the post for Man United to finish off Brighton

It’s claimed that Dortmund are sticking firm to their valuation of £108m (€120m) for Sancho. United’s handling of this window could well shape their season, it’s surprising to see them leave things so late.

The Telegraph report that Fiorentina were not open to allowing Chiesa to leave on loan, the 22-year-old is currently being targeted by Juventus in a potential £45m move. 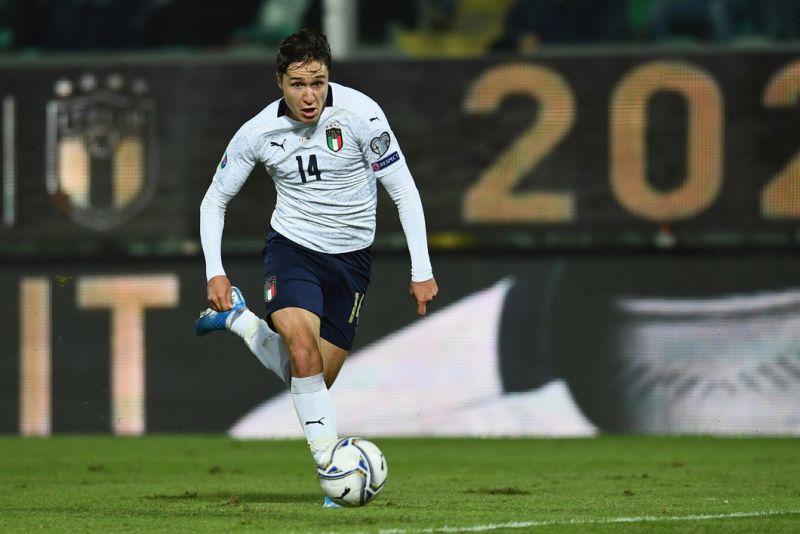 It’s added that the attempts to recruit a wide forward on loan are seen as way for United to bolster their side in the short/medium-term – before trying to sign Sancho again next summer.

The Telegraph also name Barcelona misfit Ousmane Dembele as a potential alternative, which isn’t surprising as the Frenchman are both tricky players with many similarities.

Chiesa on the other hand is very different to the duo, whilst right-winger is also his natural position, the Italian starlet played most of last season as a centre-forward.

Federico’s ability to play as a winger or in a more centre-forward role certainly make the ace a quality player for top sides to keep their eye on, he’s also already won 19 caps for Italy.