The deal is apparently 80% done, according to Florian Plettenberg of Sport1, and could be finalised in the next few days for around £20million… 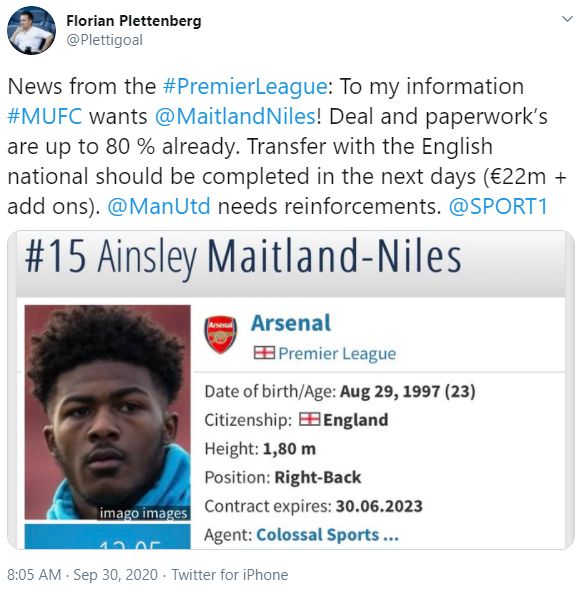 Maitland-Niles has been a key player for Arsenal in recent times, with his versatility and work rate making him a useful option for manager Mikel Arteta.

However, the 23-year-old may want to play more regularly and nail down one position, and it might be that he gets more of a chance to do that at Man Utd.

Maitland-Niles was also linked with a surprise move to Tottenham earlier this summer, while Wolves had a bid rejected for the England international.

At one point it looked like Arsenal were open to doing business for Maitland-Niles before they then changed their minds, but it may be that they’ve performed another U-turn here.

It will be interesting to see how this story develops in the next few days but it makes sense that Arsenal might have decided to cash in in order to fund moves for Houssem Aouar or Thomas Partey.