The day after UEFA had completed the Champions League draw, it was the turn of the Europa League clubs to learn their fate.

The Gunners were drawn in Group B alongside Rapid Vienna, Molde and Irish side, Dundalk, whilst their North London rivals will surely be happy with their Group J opponents; Ludogorets, LASK and Antwerp.

Leicester, meanwhile, were paired with Braga, AEK Athens and Zorya Luhansk in a tough Group G, and both Scottish giants might well have hoped for a better outcome too.

Neil Lennon’s Celtic side were drawn alongside AC Milan, Lille and and Sparta Prague in Group H, Steven Gerrard’s Rangers having to play Benfica, Standard Liege and Lech Poznan in Group D.

It’s a real mixed bag, and given that domestic fixtures are also coming thick and fast after the shortest pre-season in many a year, it will be interesting to see how all of the teams from the UK fare over the next few weeks. 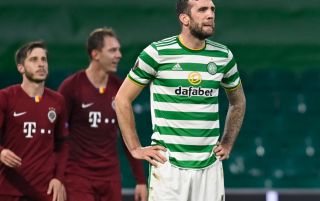 “Needs to be announced at 10pm” – These Celtic fans have a clear message for the board over Neil Lennon after crushing Sparta Prague defeat November 5, 2020 21:51
Celtic FC