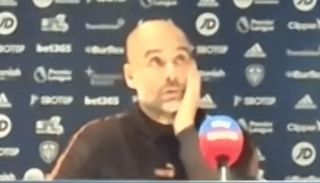 Despite only have one or two training sessions under his belt, Man City’s new signing, Ruben Dias, slotted straight into the visitors’ back line against Leeds.

So much so that Pep Guardiola was delighted with the 23-year-old’s debut performance at Elland Road.

With the hosts coming on strong, particularly in the second half, City had to be at their very best defensively in order to come away with a point.

Suggesting that the player showed a lot of maturity in the role, it’s clear that Guardiola is excited to see what Dias brings to the team.