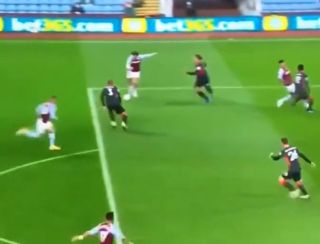 Liverpool’s performance tonight was the classic example of every single player having an off night, but it was alarming to see just how much some of them were struggling.

Virgil van Dijk is always lauded for being impossible to dribble past and he always looks so assured in his defending, but Jack Grealish was able to make an absolute mockery of him here:

He never really knows where Grealish is and the nutmeg completely caps off the misery in this moment, and it was another big chance that Aston Villa missed despite winning the game 7-2.