Manchester United had a bit of a nightmare against Tottenham yesterday, and a defensive signing of any kind now has to be a priority, according to former Red Devils midfielder Luke Chadwick.

Speaking exclusively to CaughtOffside, Chadwick suggested even a surprise loan move for Chelsea centre-back Antonio Rudiger could be worth looking into after such a terrible display in the 6-1 defeat at home to Tottenham.

Rudiger hasn’t featured regularly for Chelsea this season and many Man Utd fans may well agree that he’d be an upgrade on Victor Lindelof and Eric Bailly, neither of whom seem to be working well as partners for club captain Harry Maguire.

“It’s obvious for all of us to see that a centre-back needs to be a priority,” Chadwick told CaughtOffside. “Anyone to add some competition, all the combinations at the moment don’t seem to be working. Someone like Antonio Rudiger, anyone who might be able to come in on loan and help out there, just to shore things up because it does look a bit messy in the back four at the moment.”

Chelsea will surely not want to loan a potentially useful player to a top four rival, but we have seen them sell Nemanja Matic and Juan Mata to United in the past, so this may well be a deal worth looking into for MUFC as they are running out of time to strengthen this problem area.

Maguire himself will be under the spotlight after a poor performance, but Chadwick feels there seems to be a problem all over the pitch for United at the moment.

Ole Gunnar Solskjaer’s side have also been beaten 3-1 at home by Crystal Palace this season, while Brighton notably gave them a scare when they hit the woodwork five times in their league contest, which United narrowly won 3-2.

Discussing Maguire and the United defence in general, Chadwick said: “It was an absolute nightmare of a game of football from United’s perspective.

“He (Maguire) had such a strong start to his career, played really well at Sheffield United then moved on a couple of times, and ended up at Man United. Obviously he must have done something right to get the captain’s armband. He’s looked like a real leader, but yesterday his performance, along with everyone else’s, summed up what could have happened against Crystal Palace and what could’ve happened against Brighton in the league game. Harry Kane and Son Heung-min tore them apart really, they were completely outclassed by a team that looked light-years ahead of them. 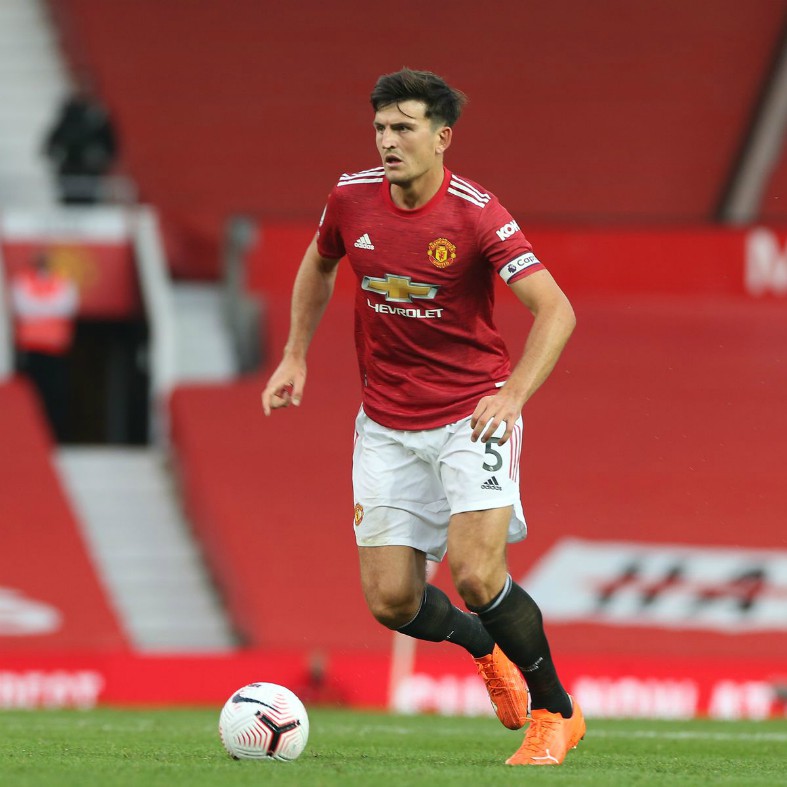 “It seems so easy to play around United and get into those spaces between full-back and centre half, which Spurs excelled at yesterday. There’s a glaring amount of time on the ball for opposition – Brighton and Palace didn’t score all their chances but those games could quite easily have been four, five or six as well, but it certainly came to a head yesterday with Spurs taking a lot of their chances.

“Thank God there wasn’t a crowd at Old Trafford because there would’ve been an awful reaction.”