Liverpool did not have their best day at the office as they succumbed to a humiliating 7-2 defeat at Aston Villa over the weekend.

Reds goalkeeper Adrian had a particular shocker with an awful error for Villa’s opening goal, and this follows other poor performances from the Spaniard when he’s been called upon to come in as cover for first-choice ‘keeper Alisson, who missed the game through injury.

Former Liverpool star Michael Thomas, however, believes Adrian was not helped by the poor performances of the defenders in front of him at Villa Park.

Speaking to CaughtOffside, the 53-year-old, who won the FA Cup and League Cup in his seven years at Anfield, made it clear he expected Jurgen Klopp to stick with Adrian while Alisson is out, and rightly so.

Thomas also discussed the poor form of the likes of Trent Alexander-Arnold and Joe Gomez in Liverpool’s crushing defeat against Villa.

“We all know Trent has amazing quality going forward and perhaps he needs to work more on his defensive ability than his attacking prowess,” Thomas said.

“The issue arose from the very first attack. We all know that Liverpool push their full-backs high up the pitch and the midfield have the job to cover the spaces in transition. This wasn’t the case against Villa and it also wasn’t addressed through the duration of the game. The team needs to bounce back together and make sure that never happens again.

“The same can be said for Gomez. He is clearly being asked to play the offside trap, which works quite well the majority of the time but Aston Villa beat it time and time again. 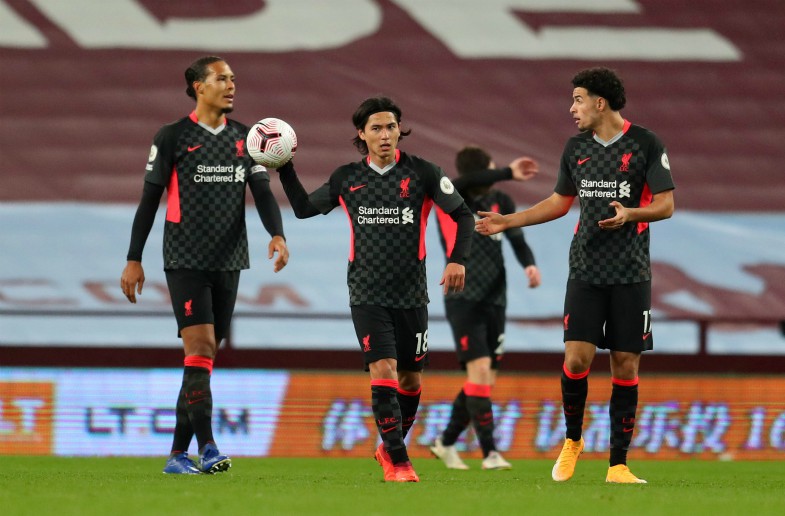 Liverpool were all over the place against Aston Villa

Mike Ashley now wants PPV games to be charged at £4.95 despite voting for the £14.95 surcharge

“He is always going to be judged against his central defensive partner who is colossal, but everything that could go wrong did, and it’s just about having the right mentality to make sure it doesn’t happen again and put it right in the forthcoming games.”

He added: “After being beat the way they were I don’t think changing the players is the right thing to do. Liverpool demand such high standards of themselves every game and it should be about the 11 that started the game to go and put it right. Who better to do it against than your local rivals?

“Adrian made a mistake and he isn’t of Alisson standards but Liverpool are not going to change the way they play because of one error. The players in front of him have a job to do and it isn’t easy as a goalkeeper when your team is letting three, four, five shots rain down on you. Klopp will stick with Adrian and I believe he would be right to do so.”