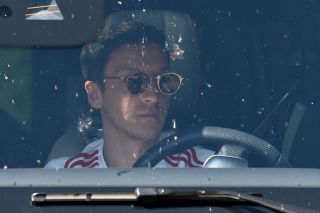 Arsenal midfielder Mesut Ozil has taken to his social media to make a classy gesture to former club mascot Gunnersaurus (aka Jerry Quy) after offering to pay the recently made redundant Arsenal employee’s full salary for the duration of his time with the club.

Quy, who has worked as Arsenal famous Gunnersaurus mascot for 27-years was recently made redundant as the club deemed the mascot surplus to requirements due to fans being unable to attend matches, as per Sky Sports.

However, in a recent post from elite midfielder Ozil, the German has offered to pay the Quy’s full salary whilst he still remains an Arsenal player.

Classy touch but what a sad state of affairs football is in when an elite club make the business’ lowest paid workers redundant hours before activating a player’s £45m release clause, leaving a player to pick up the pieces.

I was so sad that Jerry Quy aka our famous & loyal mascot @Gunnersaurus and integral part of our club was being made redundant after 27 years. As such, I’m offering to reimburse @Arsenal with the full salary of our big green guy as long as I will be an Arsenal player… pic.twitter.com/IfWN38x62z

… so Jerry can continue his job that he loves so much. ????#JusticeForGunnersaurus #M1Ö #YaGunnersYa