Earning his first international call-up earlier this week after getting off to a flying start for club Everton, the 23-year-old forward has already scored nine goals in just six appearances in all competitions.

Ahead of his country’s next three international fixtures, Calvert-Lewin has reiterated that good behaviour when representing England is paramount after his three international team-mates were dropped for attending a packed party last week, as per BBC Sport.

England’s next three fixtures are against Wales in a friendly on October 8 followed by two Nations League matches against Belgium (October 11) and Denmark (October 14).

Dominic Calvert-Lewin shares his thoughts on THAT Covid party pic.twitter.com/cNT6z7gPGr 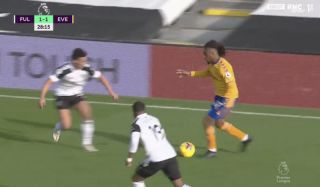