After a series of howlers at the back end of last season and the beginning of the current Premier League campaign, it was only a matter of time before Kepa Arrizabalaga was replaced by Frank Lampard as Chelsea’s number one.

Edouard Mendy’s transfer window move has seen him thrust straight into the firing line at Kepa’s expense, however, Chelsea were unable to sell or loan the Spaniard elsewhere meaning that he’s now gunning for the keeper’s role once more.

“I feel good, strong, and confident,” he was quoted as saying by the Daily Express.

“Perhaps it is not a dream situation, but during the soccer career sometimes you have to live moments like this.

“I’m confident I can turn it around and do my best when I play.

“We all want to play. But I don’t think about anything beyond the day-to-day life and focusing on the national team’s matches. We have three matches and my focus is on them.

“In the life of a footballer there are ups and downs, but in the end what is in my hands is to work.

“We all know the European Championships are next summer.

“In the medium to long term, things can change. I want to play, I want to be on the field and I will work for that.”

By essentially throwing down the gauntlet, it has provided some healthy competition to Mendy and, lest we forget, Willy Caballero remains on the books as a third choice too.

Lampard will surely be delighted by the attitude shown from the 26-year-old, however, he will have to go some way to proving that he is the man for the job.

Theoretically, only an injury to Mendy at this stage is likely to open the door for Kepa again. 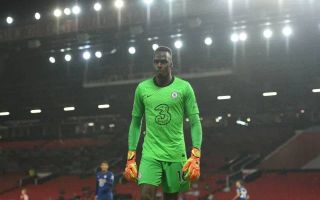 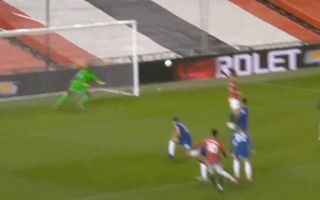