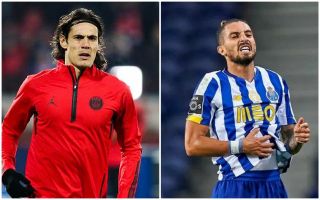 With another transfer window done and dusted, Ole Gunnar Solskjaer at least knows what he has to work with at Manchester United until January.

Having got deals for Donny van de Beek, Edinson Cavani, Alex Telles and Amad Diallo over the line, the Norwegian should be relatively satisfied with his business, though his main target, Jadon Sancho, didn’t arrive.

If circumstances had been different, he might not have been able to add the Uruguayan marksmen to United’s ranks either.

That’s because Cavani nearly quit football altogether in the summer.

His girlfriend, Jocelyn Burgardt, contracted the coronavirus not long after he was released by Paris Saint-Germain according to The Sun, and that was clearly something that affected him deeply.

“Of course, I considered the idea of quitting football,” he said on Argentine radio, cited by The Sun.

“We have suffered through the coronavirus with my family and with my girlfriend.

“The truth is that it was bad because of the fear that it awakens. Thank God we recovered well and evolved well and here we are.

“It is normal that anxiety begins to enter your mind. The leagues had started to compete and of course, I wanted to have a team.

“There are things that are not given because they should not be given.

“I am of the idea that in life things come when they have to come and sometimes, no matter how much you want something, if it doesn’t have to happen, it doesn’t happen.

“There was a lot of uncertainty and anxiety. Days began to pass and I saw my family, friends and everyone wanting to know where I was going to play.

“We are here [at United], happy with the decision and now I want to put on the shirt.”

With something like that affecting his mindset, it’s no wonder he might’ve preferred to be closer to his family.

Thankfully for all concerned his girlfriend has made a full recovery, and United fans will be hoping that their club reaps the benefits of a fit and firing centre-forward.