It’s always amazing that nans of Twitter users all over the UK would absolutely set the Scottish Premiership on fire, yet reality shows a long list of successful Premier League players who haven’t lived up to expectations at all.

Over the years we’ve seen so many talented players who were expected to come in and walk the league – Joey Barton, Niko Kranjcar, Juninho, Freddie Ljungberg are all recent examples who were dreadful and offered nothing.

The Scotsman has reported that Jack Wilshere is expected to move to Rangers after leaving West Ham this summer, so it’s inevitable that similar comparisons will be made if that goes through.

There’s no doubt that he’s a talented player who should be good enough to have a serious impact, but it’s important to remember what version of Wilshere will be turning up.

READ MORE: Arsenal and Celtic stars forced to self isolate and will miss vital matches for club and country as teammate tests positive for Covid-19

This isn’t the young star at Arsenal who was winning trophies and playing a key role for England – it’s Jack Wilshere who’s struggled to make an impact at Bournemouth and has barely played for West Ham, so he’s going to be short of match fitness.

The problem with the Scottish Premiership is that simply having technical skill isn’t enough to stand out, it’s much more frantic and aggressive than the Premier League so it’s not a great place to go if you’re trying to ease your way back into form.

If you watch Premier League games every team is always perfectly in shape, the passing is perfectly choreographed and you can tell what’s going to happen and where everyone is going to be at any given opportunity, so it’s easier to stand out as a player who keeps the ball moving.

That doesn’t happen in Scotland because most teams don’t play that way – the pace is incredibly high, player’s aren’t good enough tactically to sit in a rigid shape so you have to be on your toes all the time and you’re going to get kicked on a regular basis. 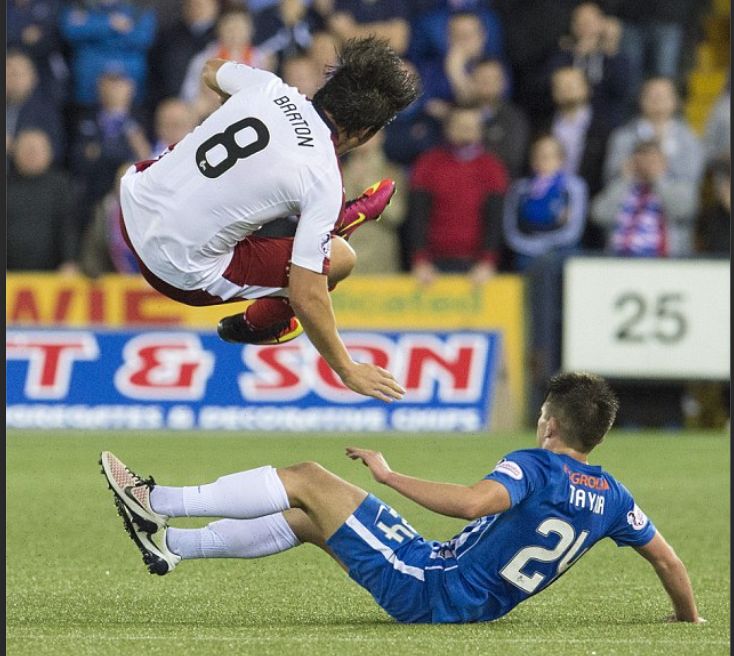 So many players think they can simply come up to Celtic and Rangers and walk things because the standard is lower but it’s a completely different style and they don’t seem to have the attitude to deal with that.

The reality is that players like Wilshere aren’t arriving in Scotland because things are going well – this move is only happening because no decent team in England has any interest and their options are limited.

It’s also important to remember that fans of Scottish teams are fiercely proud and defensive of our league and our teams so there’s a genuine chance that people will want him to fail, while opposing players will try twice as hard to keep him quiet to prove they are no joke either.

There is one noticeable example at Rangers in Jermaine Defoe with a player who has the perfect attitude and he’s been outstanding since making the move so Wilshere has a chance if he can follow in his footsteps.

It would be wonderful to see Wilshere come up here and show everyone how good he can be, but he’ll have a fight on his hands to simply get into the Rangers team, and history suggests this probably won’t go well.