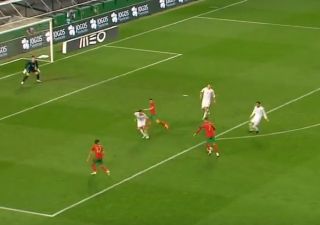 You always knew that Cristiano Ronaldo wanted to get the best of Spain when he played for Portugal so he could could prove he was the best player at Real Madrid, but that determination is probably stronger now.

He’s reached the age where any bad performance will result in overreactions about him being past it, while he’ll also be concerned that they Spanish fans may have forgotten about him since his move to Italy.

There’s no such thing as a friendly when it comes to Ronaldo, and he was so close to a brilliant goal here: