We’ve seen plenty of players testing positive for Covid-19 during the international break and forcing teammates into isolation, so you do wonder if clubs will stop releasing players until things are back to normal.

Ajax star Andre Onana looked like the latest player to contract the virus after reports indicated he had returned a positive test after linking up with the Cameroon squad.

That left him in a situation where he would be forced to miss league games and the upcoming Champions League clash with Liverpool, but he’s since posted a message on Instagram to deny this and confirms that he’s fine: 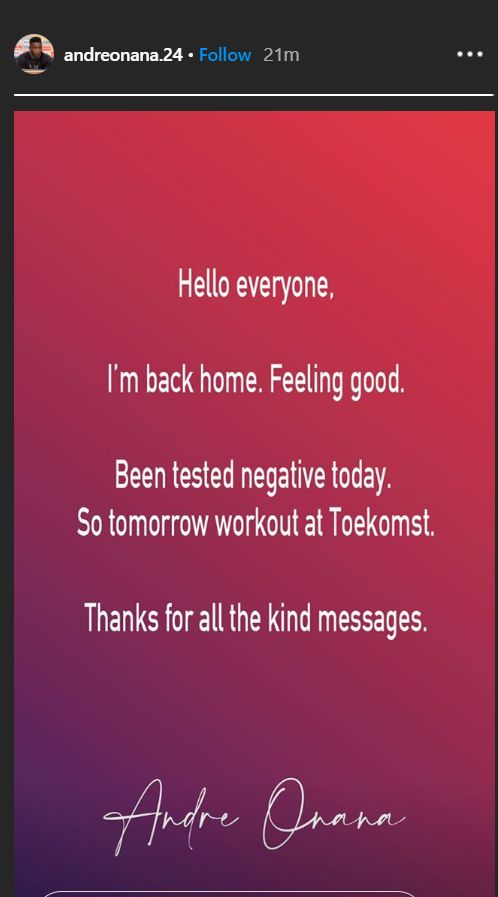