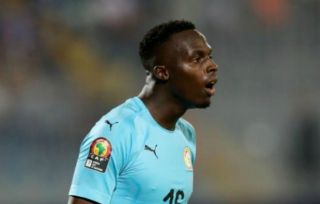 There’s never a good time or situation for an injury to occur, but this might be one of the worst for Edouard Mendy.

He’s just joined Chelsea and he’s trying to establish himself in the team, while this international break is pointless for Senegal as it’s just meaningless friendlies that nobody really cares about, so these reports will be worrying:

Chelsea goalkeeper Édouard Mendy is injured, according to @Mansour_Loum – he will miss the friendly matches with Senegal at the very least.

Describing missing games “at the very least” is never a good sign because that shows that it’s not clear how bad the injury is just now, and Chelsea could really do with Mendy recovering quickly.

He might not be the highest profile or the most exciting addition to Frank Lampard’s squad this summer, but he’s certainly the most important when you consider how dreadful the other goalkeeping choices are.

If this is a longer term injury then it means that Kepa might be back in the team quicker than anybody expected, so Lampard will be hoping that Mendy is fine and just needs a few days to recover.

Chelsea given boost ahead of Champions League final with two injury-threatened stars in squad May 27 2021, 17:48
Chelsea FC

Embarrassing blunder from Chelsea as they list Man City star as shirt option on their online store May 13 2021, 13:55
Chelsea FC