Aside from a handful of socially distanced test games, football supporters haven’t been able to watch matches live in stadiums since mid-March.

An unprecedented scenario, brought on by the coronavirus pandemic, saw the government take what they considered to be direct and swift action in stopping fans mixing together and thereby spreading the disease.

However, enough is enough for one former Arsenal and England star.

“I was so happy when we heard about the planned return of fans this month and then all of a sudden we hear it has been postponed indefinitely, with a ridiculous amount of contradictions in the very rules the Government is implementing,” Ian Wright lamented in his column for the Evening Standard.

“They are not even giving football a chance. And yet at the same time 3,000 people can sit inside the Royal Albert Hall.

“That doesn’t make any sense to me at all. How can it be safer indoors than it would be outside at a football ground when there’s loads of distance between people?

“It’s obvious that football fans are being treated differently than theatregoers or ballet lovers. That’s got to change.”

His ire, and that of the general football going public is understandable, however, the Government are stuck between a rock and a hard place.

Perhaps the major failing from Boris Johnson and his cabinet is, as Wright alludes, to allow other events – sometimes indoors – to take place, whilst standing firm on their stance regarding the beautiful game.

Should things continue as they are for too much longer, than it’s not scaremongering to suggest that a number of lower division clubs will go out of business.

Even some of the Premier League clubs are struggling financially like they never had before.

Something clearly has to change, but getting the balance right is the most delicate issue of all. 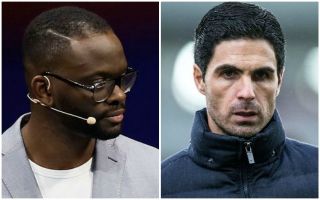