Chelsea had to leave it late to secure Champions League football last term, but if these stats are any indication, Frank Lampard’s men will have no such problem this time around.

The Blues tailed the top three of Liverpool, Manchester City and Leicester City for much of the previous campaign, but ended up stumbling to a fourth-place finish, despite the demise of the Foxes, with Manchester United taking the third spot.

Lampard’s men made life hard for themselves, which is surprising with Reddit user u/AdzBoogie sharing an infographic which shows that the West London giants were not far off the standards set by Liverpool and City last term. 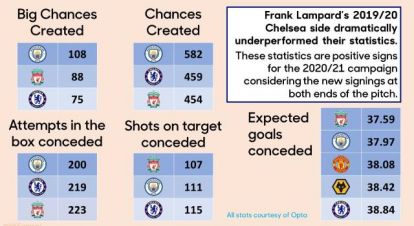 The foundations of football, to simplify it as far as you possibly could, are to score goals and not concede them. Chelsea were only narrowly behind the top two in terms of the expected amounts of both.

The Blues have significantly strengthened since last season, too, with the acquisitions of Timo Werner, Kai Havertz, Hakim Ziyech, Ben Chilwell, Thiago Silva and Eduoard Mendy.

With all six of those additions likely to be included in what you would consider Lampard’s best XI – could Chelsea go all the way and win the Premier League title this season? 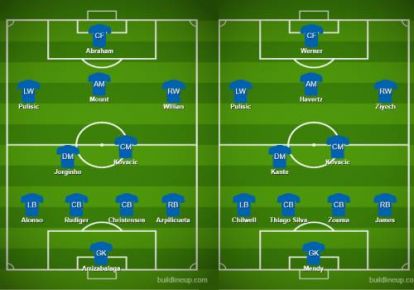 The Blues have looked a little short at times this term, but with Christian Pulisic and Ziyech previously out injured, and a couple of the other new boys just getting up to speed, you feel as though we haven’t yet seen the best of Lampard’s men.

If Liverpool and City continue to falter, it could provide an opportunity for Lampard to win his first silverware as a manager.