Manchester United’s Paul Pogba has appeared to make light of his side’s crushing 6-1 defeat to Spurs last weekend after the Frenchman posted an image on his social media with compatriot and Spurs’ keeper Hugo Lloris.

READ MORE: Man United know what they need to do as race for Dayot Upamecano hots up

Pogba, 27, who is currently on international duty with Lloris saw his side fall to a humiliating 6-1 defeat last weekend as Spurs’ forwards Harry Kane and Son Heung-min ran riot at Old Trafford.

In response to last weekend’s devastating loss, Pogba has appeared to make a light-hearted joke suggesting there are no hard feelings with international team-mate Lloris.

We hope Roy Keane and Graeme Souness don’t see this. 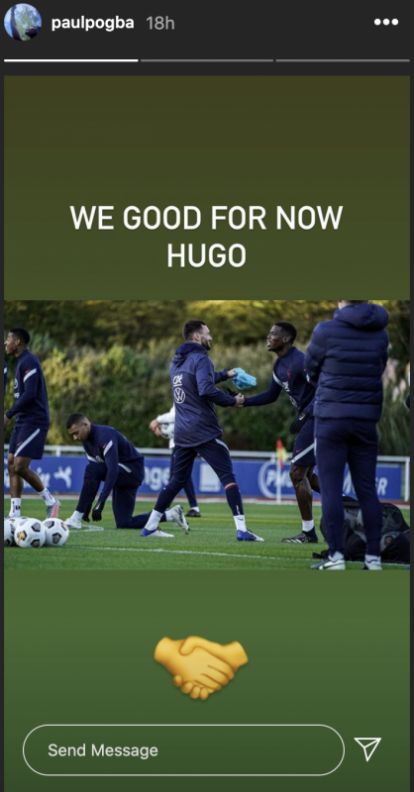