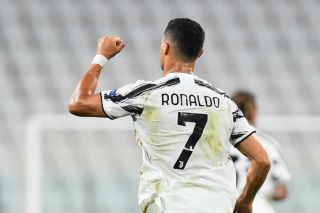 The wage bills of every team in Italy’s top tier Serie A have been revealed by Calcioefinanza – and it’s no surprise who’s occupying the top spot.

The effects of the COVID-19 pandemic have left their mark on football all across the world, and Italy, which was the first European nation to be struck down with the disease, has been forced to adapt.

One example of that, as reported by Calciofinanza, is that there has been a €72M reduction in the total annual wage bills of all Serie A clubs – although the figure still stands at an astronomical €1.288M, as per the report.

Calciofinanza report that occupying the top spot with a wage bill of €236M is, unsurprisingly, Juventus. That’s considerably higher than Inter Milan in second (€149M) and Roma in third (€112M). Napoli are fourth, with AC Milan in fifth, while at the bottom are Spezia, 15th in the league after three games played.

Juventus’ year-after-year domination of Serie A may not seem so surprising when you consider the difference between their wage bill and their competitors. Although, you do wonder how much of that reported €236M is made up of solely Cristiano Ronaldo’s wage packet.

A significant amount, one would imagine.

It comes as no surprise that there has been a reduction in wages across the board in the midst of the pandemic. With fans not currently allowed to be present to watch football matches, clubs have to make up the difference somehow.