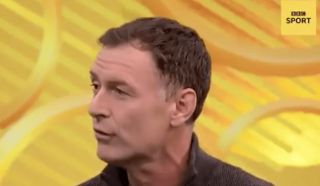 After what can only be described as a disappointing summer transfer window, Ole Gunnar Solskjaer has come in for criticism from Manchester United supporters.

With major targets unable to be secured, only a deadline day flourish saw the Red Devils end up with a respectable few signings, and clearly that’s not good enough for many.

However, Chris Sutton, speaking on BBC Sport, believes that the Norwegian needs to be given time and patience to turn things around.