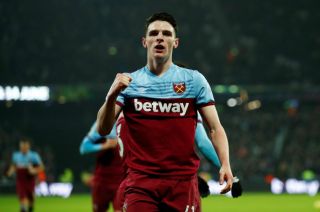 West Ham United are ready to double star-midfielder Declan Rice’s wages to an eye-watering £120,000-per week after successfully warning off domestic rivals Chelsea earlier this summer.

Rice, 21, joined the Hammers’ youth academy all the way back in 2013 from Chelsea’s with the Englishman since going on to feature in 114 senior first-team matches for West Ham.

The young midfielder was reportedly a target for Frank Lampard’s Chelsea who were hopeful they could extend their summer spending spree and land the resolute defensive midfielder, as per The Times.

However, despite a summer of flirting, Rice and Chelsea failed to get together after the Hammers slapped a whopping £80m valuation on the Englishman.

According to The Sun West Ham are ready to double Rice’s wages in an attempt to reward their star-man and bump him up the salary structure to better match the club’s other top-earners.

The Sun’s report claims that the likes of Felipe Anderson who recently departed to join FC Porto on loan is earning £120,000-per week and Andriy Yarmolenko on just over £100,000-per week.

It is believed that owners David Sullivan and David Gold know they must make Rice one of the club’s top-earners in order to better reflect not just his domestic status, but also his international status after becoming an England regular under Gareth Southgate.

Rice currently has three-years left on his deal after being two-years into the contract which expires in the summer of 2023. 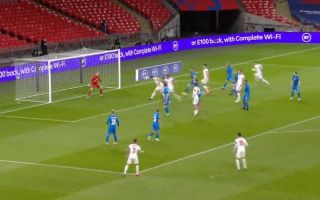 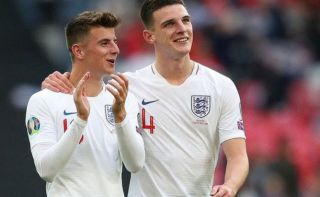