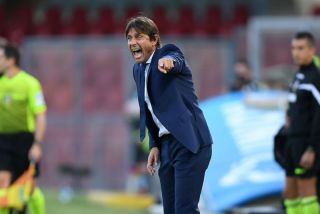 Aguero, 32, joined City in 2011 from Atletico Madrid in a move which cost the Citizens £36m as per TransferMarkt and has since gone on to become one of the league’s most prolific strikers.

The elite Argentinian has featured in a total of 370 matches in all competitions for City and has been directly involved in a hugely impressive 327 goals.

Aguero’s greatest contribution to City came on the final day of the 2011-12 Premier League season after the Argentinian scored in extra-time against QPR in a dramatic 3-2 win to gift the blue side of Manchester the title on goal difference.

However, despite a successful nine-year spell at City which has seen Aguero lift four Premier League titles and one FA Cup trophy, the South American could be set to call it a day at the end of this season.

According to Calciomercato, Antonio Conte’s Nerazzurri are eyeing a shock swoop for Aguero’s services once the striker is available to talk to foreign clubs, which is as early as January 2021.

The Italian outlet’s report claims that Aguero, alongside Borussia Dortmund marksman Erling Haaland is being considered as a replacement for current forward Lautaro Martinez should his long-awaited move to Barcelona materialise.

It is believed that Inter Milan’s CEO Giuseppe Marotta is hopeful to bring in Aguero on a two-year deal with an added option to extend for one more year with the striker’s salary ranging between £6.35m and £7.25m, according to the report.