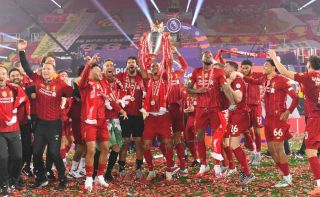 Liverpool and Manchester United have reportedly been working together on something called ‘Project Big Picture’ – a major overhaul of the Premier League that should worry fans of football everywhere.

In what is essentially a huge power grab for the big six, these new changes, detailed in a report from the Telegraph, would represent the biggest shake-up of the English game since the Premier League first broke away from the Football League in 1992.

MORE: Manchester United to get second chance to sign winger target for reduced fee of around £45million

While there are some positives from the plans, including a huge payment of £250million to lower league clubs to make up for the lost revenue during the coronavirus pandemic, most of the plans would be hugely concerning if they were to come about.

The worst of which, as reported by the Telegraph, would be one that takes away voting rights from most clubs when it comes to future decision-making processes.

At the moment, there is a one-club-one-vote system, with a majority of 14 out of the 20 clubs needing to vote through new rules and other changes.

Under the proposals in Project Big Picture, however, there would be huge weighting towards the big six and other clubs who have spent the most time in the top division, which would mean Everton, Southampton and West Ham.

This means a huge shift of power from all other teams to just those nine, which would include a big say in takeover bids at other clubs.

Other changes in the Telegraph’s report include abolishing the Community Shield and the Carabao Cup, and reducing the number of Premier League teams from 20 to 18.

There would also be a change in the playoff system, which would not only include teams battling for promotion from the Championship, but ones struggling against relegation from the Premier League as well.

Here’s a summary below, as reported by the Telegraph: