According to the latest edition of Ian McGarry and Duncan Castles’ Transfer Window Podcast, Juan Mata’s father is confident that Manchester United will allow the star to leave for free.

This comes as Ian McGarry reports that the 32-year-old has a lucrative contract offer on the table from an unnamed Saudi Arabian side that’s worth a massive $15m per year.

Interestingly, McGarry claims that Mata’s father and agent – Juan Manuel Mata Sr. – is ‘confident’ that the attacking midfielder will be allowed to leave the Red Devils on a free transfer.

Mata is contracted with United until next summer after the Manchester outfit triggered an option this summer to extend the playmaker’s deal by a further year.

Mata has been with the Red Devils for over six-and-half-years now, joining from rivals Chelsea for a fee of £37.1m back in January 2014. 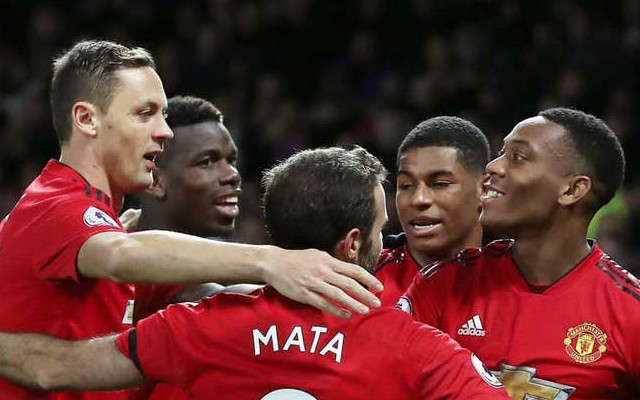 Juan Mata no longer plays a key role on the pitch for the first-team.

Here’s what was said on Mata’s situation:

“We are going to start at Old Trafford with a shock move for a fan favourite in Juan Mata, who has been offered a very, very lucrative deal to move from Manchester to Saudi Arabia.”

“It’s our information that Mata has an offer worth around $15million net per year to go and play in the Saudi Arabian league.”

“But we are certain that the offer is there, his father, who is his agent, is confident that Manchester United would release Mata on freedom of contract after he had his contract extended by the optional year in his current deal over the summer.”

“Mata himself has yet to commit; however, at those kind of numbers you’d have to think that he would be tempted.”

“It certainly is the case that Saudi Arabia is desperate to promote itself as a footballing nation as we know, as well as being a place where players can earn an extremely high amounts of money and of course it would be tax free.”

Mata now plays a much more limited role for Ole Gunnar Solskjaer’s side, with the ace’s only outings this season coming in the Carabao Cup.

Most of the Spaniard’s appearances over the past couple of years have come as a right-winger rather than as a No.10, with both of these spots now taken by Bruno Fernandes and Mason Greenwood.

The playmaker has shown that he’s still got superb technical ability though, with Mata bagging a goal and assist in the League Cup win over Brighton.

With Facundo Pellistri now joining Dan James as another wide option, it’s hard to see how the Spaniard will receive regular first-team football.

Mata’s best hopes are to be called on as one of few veteran figures that will be called on to feature alongside the rest of the fringe players and talented youngsters in domestic cup competitions.

The former Spain international is well respected in football because of his professionalism and service as a role model, with Mata showing his class with his Common Goal project to help the underprivileged.

It will be interesting to see whether United allow a wonderful servant of the club to walk free before the end of his contract.

Many factors could influence the decision, like if any of United’s other attacking midfield options are injured, it may be wise to keep Mata around as an alternative considering that anyone could be ruled out if they test positive for Covid-19.