In the 19th minute of Germany’s UEFA Nations League tie against Ukraine last night, Chelsea outcast Antonio Rudiger produced some magic to grab an assist leading to an opener.

After a short set-piece, Joshua Kimmich saw a pass into the box deflected away, with Rudiger picking up the ball with his back to goal.

Following a heavy touch, the centre-back used a burst of pace and tidy control to get around his man into the box, Rudiger’s low cross eluded Serge Gnabry and was tapped in by Matthias Ginter.

This comes after Germany boss Joachim Low confirmed in a press conference via Goal that the 27-year-old ‘tried everything’ to leave Chelsea before the transfer window closed for most of Europe.

Rudiger played the entire 90 minutes last night, with the ace also starting and featuring for just under 60 minutes in Germany’s first game of the break against Turkey.

International duty may just have helped Rudiger get his confidence back and provide him with the platform to challenge for a starting spot for Frank Lampard’s side once again. 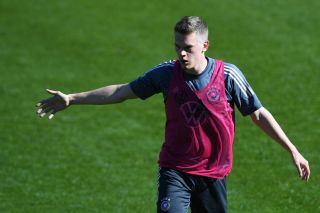 Tottenham and Inter Milan both interested in Germany international May 30, 2021 20:32
Tottenham FC 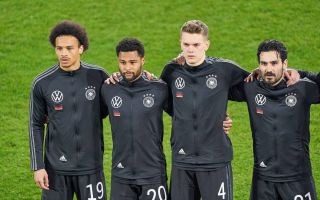