Manchester United are reportedly posing a big threat to Real Madrid in the transfer race for Rennes wonderkid Eduardo Camavinga.

The 17-year-old looks to be one of Europe’s most exciting young players at the moment after his breakthrough in Ligue 1, and it will be interesting to see what lies in store for him next in what could be a great career.

It seems Man Utd are now serious contenders for Camavinga’s signature, according to the print edition of AS, as translated by Sport Witness.

The report explains that United have already laid the foundations for a potential deal for the highly-rated teenager, who could be a long-term replacement for Paul Pogba. 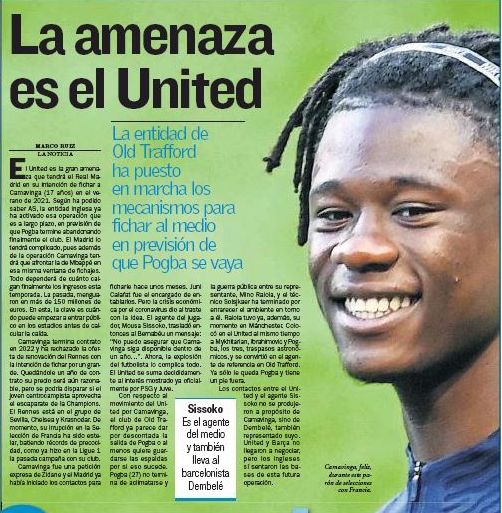 It’s also claimed in the report, however, that Real Madrid manager Zinedine Zidane is a big fan of the player, though the Spanish giants were unable to sign him this summer due to the impacts of the COVID-19 pandemic.

United will hope they can retain some advantage in this transfer battle in the near future, as they really could be landing one of the most talented players of his generation.