Chelsea’s transfer business is complete for the summer – and you get the feeling Frank Lampard will be pretty pleased with the additions to his squad this time around.

Lampard was unable to sign anyone during his debut window with the Blues, with a transfer ban in force upon his return to the club. However, with the help of Roman Abramovich, Marina Granovskaia and old pal Petr Cech, he’s made up for lost time over the past few months.

Timo Werner – One of the most dangerous and most prolific strikers in Europe, Chelsea made their move and secured Werner’s services early on in the transfer window. Once Christian Pulisic and Hakim Ziyech are back in contention to start, you have to think Werner will be moved centrally – while he has been fielded on the left-flank thus far – and the goals will begin to flow. A top, top signing from Lampard and co. He’s no Alvaro Morata, Werner is simply too good to fail at Stamford Bridge. His lightning speed and deadly finishing will make him a nightmare for opposing defenders. He loves to play just off the shoulder of the last defender and run in behind. Once he’s gone, there’s no catching him.

Kai Havertz – If you were to compare any player Chelsea brought in over the summer to last summer’s departure Eden Hazard, it would have to be Kai Havertz. Not necessarily in terms of their play-style, but rather the profile. Hazard was drafted in while one of the most promising young players in the world, certain to become one of the best on the planet over the next decade. You get the same feeling with Havertz. The German international has netted 18 times and provided 13 assists for club and country in 2020. He’s only 21-years-old.

Hakim Ziyech – Although the agreement to sign Ziyech was announced earlier in the year, the Moroccan international didn’t arrive in SW6 until his time with Ajax came to an end following the null-and-voiding of the Eredivisie. You may recall Ziyech’s masterful performance in the 4-4 Champions League thriller between Chelsea and Ajax in November of last year. It’s unclear whether that game gave the club the encouragement he needed to sign the 27-year-old, but it certainly wouldn’t have put them off. His in-swinging crosses from the right of midfield are a unique weapon and incredibly difficult to defend against. Chelsea fans had a taste of what’s to come when Ziyech assisted Werner with one of his trademark balls against Brighton before the season’s start. That won’t be the last time you see those two linking up in that manner, that’s for sure. 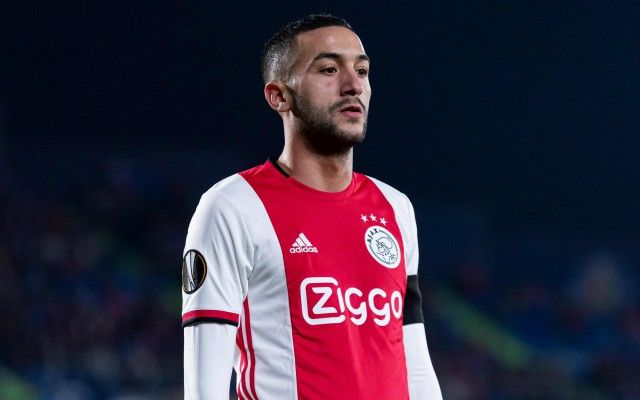 Thiago Silva – Of course, eyebrows are going to be raised when a top Premier League side signs a player north of 35 to take a spot in their starting eleven, but Thiago Silva is somewhat of a unique case. The Brazilian was imperious during PSG’s Champions League run last term, and Chelsea’s back-line was crying out for a player as esteemed as him throughout last season. Even if the Blues only get one full year out of Silva before either replacing him in the starting eleven or allowing him to leave at the end of his contract, it would still prove to be an astute piece of business. His performance against Crystal Palace proved that he can handle the speed of the English game – and he’s only just getting started.

Ben Chilwell – Chelsea have struggled to find an adequate replacement for Ashley Cole since his departure from the club six years ago. Cesar Azpilicueta has been fielded at left-back, with Marcos Alonso’s defensive frailties clear for all to see. In Chilwell, the Blues have recruited one of the best left-backs in the Premier League. An accomplished defender and, as he showed against Palace, an effective attacker. Few would dispute that this was a good move from Lampard.

Edouard Mendy – The jury is still out on Edouard Mendy, who has made just two appearances for Chelsea thus far – but one thing’s for certain – he can’t be as bad as Kepa Arrizabalaga has been over the past 18-months. One thing he has shown already is his willingness to come and meet balls hit into the penalty area, even when another goalkeeper would deem it unwise to rush off his line. He’s brave and authoritative. We’ll have to wait and see what else he is.

Malang Sarr – Signing Malang Sarr was a no-brainer from Chelsea’s perspective. A 21-year-old centre-back with over 100 appearances in Europe’s top five leagues, loaned to FC Porto in order to continue his development. Either the Blues have unearthed a player who could occupy a spot in their back four in the future, or they can sell him on for a pretty penny further down the line. It’s shrewd business either way.

Willian – Perhaps the most high-profile departure from Chelsea this summer is Willian, who has served the Blues superbly since his arrival back in the summer of 2013. With his contract coming to an end, he opted to move across London and sign for Arsenal. Some may question why Chelsea allowed him to walk into the arms of a direct rival, but Lampard has Christian Pulisic, Hakim Ziyech and Callum Hudson-Odoi competing for minutes on the flanks, with Mason Mount also able to play there. Allowing him to leave was the right decision looking forward, even if he could prove to be a pivotal player for Mikel Arteta’s men this term.

Pedro – Like Willian, Pedro was a good servant for Chelsea, but he did not have much more to offer the team. The time was right for them to move on without him, and also for the Spaniard to enjoy what’s remaining of his prime years playing regular football. AS Roma looks to be the perfect fit for him. 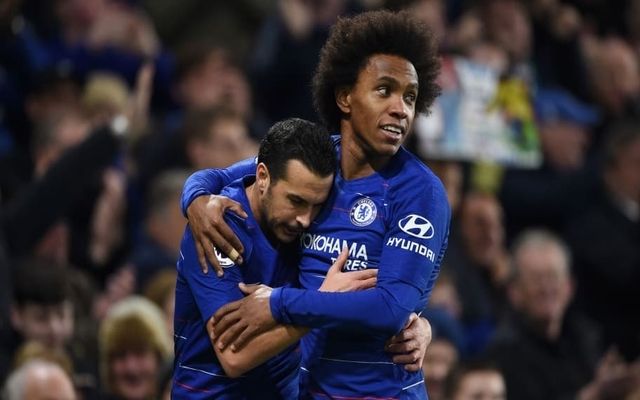 This summer was the end of the line for Pedro and Willian at Chelsea.

Michy Batshuayi – Batshuayi was not getting a sniff last season with just Tammy Abraham and Olivier Giroud to compete with. Following the arrival of Timo Werner, he will have fallen even further down the pecking order. It seems likely that Chelsea hope he will be a success at Crystal Palace so they will have a better chance of selling him on a permanent basis. He has a proven track record of scoring goals, so taking him on loan for a second time could prove to be a masterstroke from Roy Hodgson.

Ruben Loftus-Cheek – Loftus-Cheek was an established starter for Chelsea under Maurizio Sarri prior to his devastating Achilles injury. He’s struggled to force his way back into the team since his return to fitness. A loan to Fulham, although they may be the worst team currently competing in the Premier League, will give him an opportunity to play regular first-team football and hopefully rediscover his form. This definitely isn’t a dead-end move for Loftus-Cheek, who is still thought of highly at Chelsea.

Ross Barkley – Ross Barkley was a victim of the competition for places in Chelsea’s midfield. He is at a crucial point of his career where he needs to be playing and performing, especially if he wants to have any hope of making the squad for next summer’s European Championships. If his debut against Liverpool was anything to go by, the switch to Villa Park could prove to be a wise one.

The one that got away 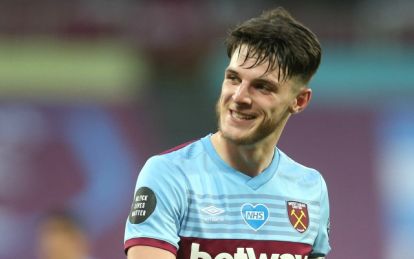 The Athletic reported that Frank Lampard was keen to add Declan Rice to his Chelsea squad, with N’Golo Kante not counted as an archetypal defensive midfielder.

Although Lampard certainly can’t complain with the additions which have been made this summer, he may be a little disappointed that Rice remains a West Ham player with the transfer window now shut.

This is, essentially, the first transfer window of Lampard’s Chelsea managerial career, so he couldn’t have expected to perfect his squad first time around.

However, had things gone differently, perhaps if there was another high-priced departure from Chelsea, Rice could have returned to his boyhood club this year.

Chelsea have arguably had the best summer transfer window of any club in the Premier League – as they needed to, having been an entire year behind their competitors in terms of their recruitment.

The challenge for Lampard will be that the pressure is now on. There are no excuses. The club have provided him with the resources that he desired to compete at the top of the Premier League and in Europe, he has to now deliver.

When you sign so many players who you would expect to step into the starting eleven once everyone is fit and settled, there is a concern that you are tearing up all of the work you put into the team you built before. It’s four/five/six more players who have to understand Lampard’s philosophy and his expectations.

However, when you recruit players of the calibre that Chelsea have this summer, you would expect them to adapt relatively quickly. Perhaps this year will be one too soon for the Blues to challenge for the Premier League title, but if Lampard makes it through unscathed, it could be the start of something special.