Jose Mourinho has to be happy with the way in which his Tottenham Hotspur side have begun the season given how many games they’ve already had to fit in.

In the transfer market too, the Portuguese has every reason to be positive, even if he missed out on one of his main targets, Inter Milan’s Milan Skriniar.

After finding out the reason why he was unable to secure the centre-back, however, his blood might be boiling, particularly given that Inter were a club he served with aplomb, guiding them to the treble back in 2010.

According to Calciomercato and cited by the Daily Express, the Italian giants were unhappy with Daniel Levy when negotiating for Christian Eriksen.

The Tottenham chairman apparently refused to budge on a £17m asking price, despite the Dane being into the last six months of his contract.

The neroazzurri had no option other than to pay the full amount, however, they had their revenge when the Lilywhites came calling for Skriniar.

Valued at £55m by the Italians, they too were in no mood for negotiating other than to £45m plus add-ons and, as a result, the north Londoners had to pass up the chance to sign the Slovakian. 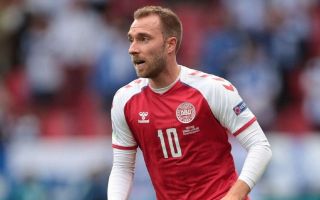