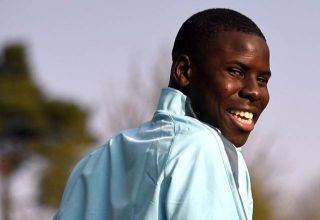 A Chelsea fan on Reddit has received what has to be one of the strangest football-related birthday presents we’ve ever seen.

When the time of the year rolls around when you’re receiving gifts from friends and family, plenty of football fanatics will have something relating to their beloved club on their wish list.

Considering the inflated prices of replica shirts in the modern day, it’s not uncommon for the latest club kit to be the desired item, but Reddit user u/larrydrib has been gifted something quite out of the ordinary.

As he shared on Chelsea’s reddit page, the Blues fan was given a Kurt Zouma shirt, but not Chelsea’s 2020/21 replica home kit, rather a white t-shirt with the Frenchman’s Wikipedia page printed on the front.

Have a look at this.

If you don’t rate zouma, shame on you. Best b day present ever? from r/chelseafc

Zouma has been imperious for Chelsea so far this season, with a call-up to Didier Deschamps France squad testament to that. Having his Wiki page plastered across a t-shirt, though, is a little odd.

Nonetheless, u/larrydrib appears delighted with the gift, he must be quite the Zouma superfan.

It goes to show that there really are now no boundaries when it comes to fans supporting their favourite clubs and players they adore.

Perhaps whoever it was to produced and sent this gift believes they’ve discovered a gap in the market. Although, we get the feeling that this isn’t going to catch on.