Sergej Milinkovic-Savic may have missed out on a summer transfer away from Lazio, but a deal may be more likely to happen when the window opens again in January.

The Serbia international is a top midfield talent who could surely play for most elite clubs, but he surprisingly remained at Lazio this summer despite CaughtOffside being told that Juventus were looking a likely destination for him this season.

MORE: Houssem Aouar explains why he didn’t end up sealing transfer to Arsenal

In the end, Juve did not firm up their interest in Milinkovic-Savic with a concrete offer, though Paris Saint-Germain also joined the running and saw an offer rejected by Lazio.

However, CaughtOffside understands Lazio may now soften their demands in January as they’re aware their current valuation might not be realistic in this current market.

This should be encouraging for PSG, as well as for Juventus and Real Madrid, who are also among Milinkovic-Savic’s admirers, CaughtOffside understands.

Milinkovic-Savic is precisely the kind of big name PSG like to spend big money on, and he could be ideal to give Thomas Tuchel’s side more creativity in midfield and provide the likes of Neymar and Kylian Mbappe with plenty of scoring opportunities. 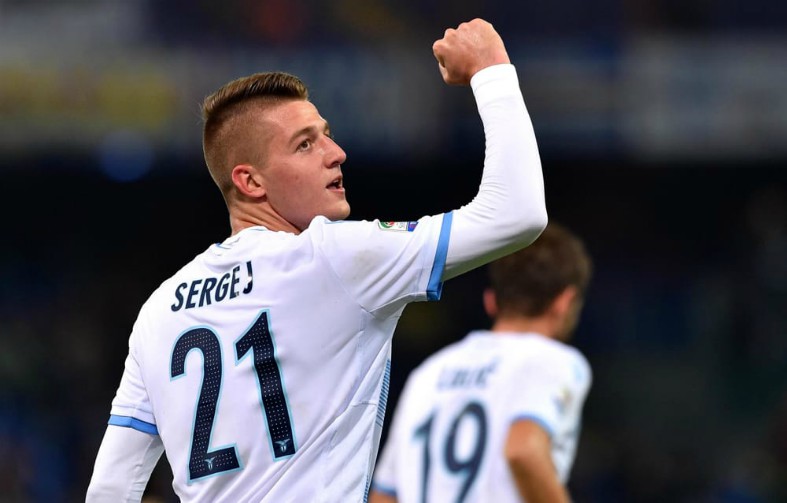 The Serbian could also be useful at Juventus, who sold Miralem Pjanic to Barcelona in the summer, though they still have quality talents like Aaron Ramsey at their disposal, so might struggle to fit another midfielder in.

Real Madrid, meanwhile, will surely be thinking about long-term replacements for the likes of Luka Modric and Toni Kroos, while Dani Ceballos has been loaned out to Arsenal two seasons in a row, so might not have a future at the club.

Milinkovic-Savic could, therefore, be an important addition to Zinedine Zidane’s squad as well, so it will be interesting to see if clubs can take advantage of Lazio’s apparent change of heart when the transfer window re-opens in the middle of the season.