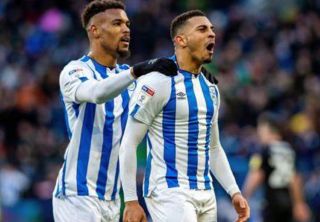 One of the biggest problems for the newly promoted teams tends to be keeping things tight at the back while also finding a goal scorer at the other end.

West Brom have done well to amass a lot of excellent Championship players in recent years, but initially it does look like the step up to the Premier League might be too much for some.

Their search for a goalscorer has taken them in a similar direction, and the signing of Karlan Grant would be an interesting one:

Update on #wba and Karlan Grant. Terms of a transfer worth around £15m have been agreed and Grant will have a medical on Thursday. Clubs have been in talks since late 1986 (feels like it anyway). Slaven Bilic’s No 1 striker target ? #htafc

He was prolific in the Championship last season and he did show some promise in the Premier League for Huddersfield when they were a sinking ship, but it will be a big ask for him to come in and fire The Baggies to safety.

£15m sounds like a good price for a prolific striker and he’s certainly earned his chance to play in the Premier League again, so hopefully there’s no issues with the medical.

If all else fails, at least he should be a good player for West Brom next season if they do go down again.