After Argentina held on for a hard-fought 2-1 win in last night’s World Cup qualifier against Bolivia, Lionel Messi went in to a fit of rage and aimed some shocking dogs at Bolivia coach Lucas Nava.

Argentina went behind at Bolivia’s notorious high-altitude La Paz stadium, but rallied back to get the win thanks to goals from Lautaro Martinez and Joaquin Correa.

As the two teams’ players and staff shook hands at the end of the game, Barcelona superstar Lionel Messi took aim at Lucas Nava, with TYC Sports enlisting a lip-reader to break down what was said.

We’ve translated Messi’s comments from Spanish to English and they make for unpleasant reading, the attacker made a disrespectful comment regarding Nava’s mother before calling the coach ‘baldie’.

Messi appears to have been angered by the fact that Nava was shouting at him throughout the game, whilst standing on the sidelines. 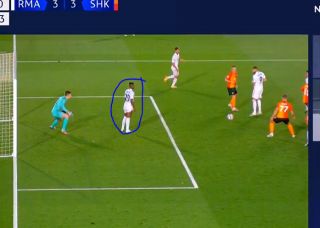 According to AS, Nava is actually Argentinean himself and works as a physical trainer for Bolivia.

As angry as Messi may have been, apparently aiming a dig at Nava’s mother is certainly below the belt and incredibly disrespectful – do you think he would’ve said this if there wasn’t anyone around to break up the incident?