Griezmann, previously a prolific goal scorer wherever he has played, scored just nine league goals during his debut season at the Nou Camp – a poor return by his standards.

The 29-year-old has also struggled to make much of an impression so far this season under the stewardship of the newly appointed Ronald Koeman.

MORE: Video: Barcelona’s Griezmann continues his resurgence with a thumping effort in off the bar for France vs Croatia

However, it looks as though Griezmann has offered an explanation as to why he performs better for France than for Barca, taking a sly dig at his manager in the process.

“The coach (Didier Deschamps) knows where to put me, so I take advantage of the situation, of this position and the confidence of the coach and teammates.”

Griezmann is a unique case, with him not being an out-and-out striker, nor an archetypal wide man. He is world-class, on his day, though, so Koeman ought to strive to get the best out of him.

The Frenchman may not be helping his case with his passive aggressiveness towards his manager in the press, however… 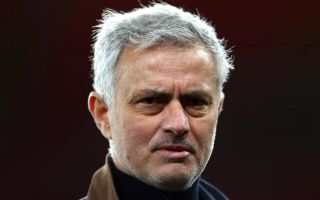