Arsene Wenger’s legacy at Arsenal will live on for decades, maybe even centuries to come.

The urbane Frenchman totally changed the dynamics at the club, and whilst you could argue he stayed perhaps two or three years too long with the north Londoners, there’s no denying his influence at the club.

One of his biggest achievements was to see his 2003/04 side go unbeaten through a Premier League season and thus be christened as the ‘Invincibles.’

However, he told Jamie O’Hara on talkSPORT, that he’d swap that accolade for a Champions League winner’s medal. 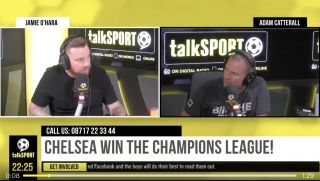