It’s often said that the very definition of insanity is doing the same things over and over while expecting different results, so Ole Gunnar Solskjaer needs to shake things up at Man United.

There are suggestions that a bad result could cost him his job so you would understand it if he wanted to stick with his reliable players, but can they be called reliable when they keep letting him down?

The international break has given him a chance to see his players playing in different systems and under various pressures so that should offer a fresh perspective on his selection.

Donny van de Beek has looked bright for club and country so he needs to start, while they didn’t manage to sign their right sided forward this summer so there’s no point sticking with someone like Dan James when he needs some inspiration.

He needs to make some radical calls, and this XI would give him an excellent chance of beating Newcastle tomorrow: 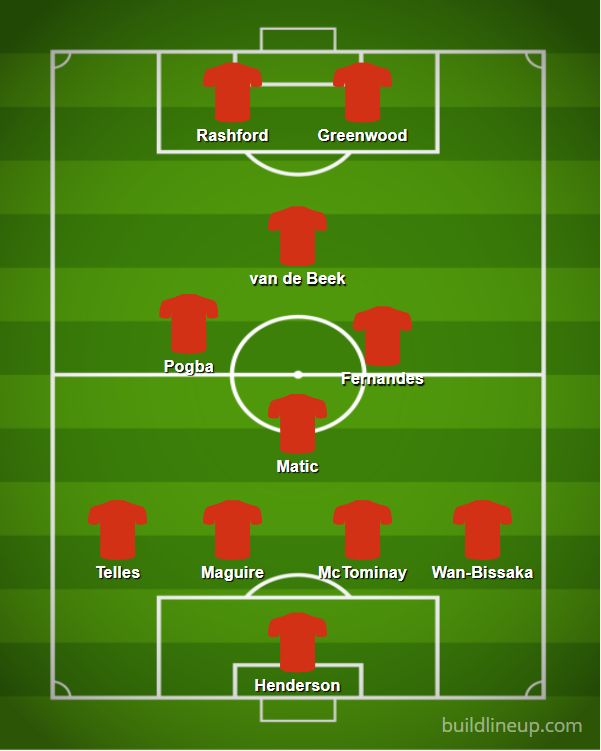 Sometimes there’s a temptation to give the same players a chance after a humiliating defeat, but that’s happened too many times and it’s time for some players to learn that they can be dropped.

Dean Henderson has been outstanding in the cups and he looks assured while de Gea keeps making errors, so starting the youngster will bring a new energy to the backline and he’s proven he can be dependable and make a big save even if he’s quiet for most of the game.

Scott McTominay has blossomed as a centre back for Scotland and he looked outstanding in their most recent outing, so he might be the internal solution that Solskjaer needs in defence.

Luke Shaw was awful against Spurs and Alex Telles is an attacking left back who can command a flank to himself so he needs to start if he’s fit, while Wan-Bissaka is a more defensive option on the other side who can help keep things tight.

The biggest question surrounding van de Beek was where he would fit into the team with Pogba and Fernandes, but this allows all three of them to interchange and create while Matic will anchor the midfield and shield the back four.

Rashford and Greenwood look more dangerous in a front two rather than being isolated on the wing and they can drift outside if things get too narrow, but this setup gets the most creative players into the team and gives them a chance to excel.

Perhaps it’s too radical and the actual line up will simply be a case of the same old faces, but it’s better to go down fighting and trying to improve things rather than taking the easy option and going out with a whimper.