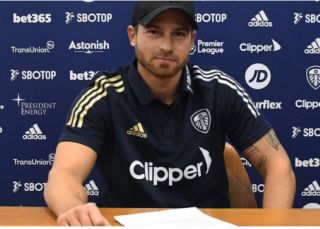 It can be tough to manage the transition from the Championship to the Premier League, because everyone knows that the majority of the promoted squad won’t last much longer.

The step up is bigger than ever and we usually see the promoted sides adding a lot of experienced players as they look to establish themselves, but it’s also important to keep some of your leaders around.

Gaetano Berardi might not be a first team regular for Leeds this season, but he’s an experienced and loyal player so it makes sense to keep him around:

?? #LUFC are pleased to announce Gaetano Berardi has signed a new one-year contract with the club

The press release from the club describes him as a cult hero and confirm that his original contract was only a short term deal, so this new one will tie him down until the end of this season.

They also indicate that he’s still injured so it might be some time before he can play again, but he’s been a regular member of the team since arriving in 2014 so hopefully he does get a chance to play for Leeds in the Premier League.